Well, economists can help us by providing different sorts of theories about the consequences of different sorts of economic decisions. Economists who analyse the impact of policy can tell us what happens when a government takes one decision rather than another in terms of spending, tax and revenue streams, regulation and other related matters. All of that can help us decide whether our governments are spending our money wisely and taking the best decisions, and whether they are doing the essential tasks we expect of government. Of course, we differ about what we believe the essential tasks are, and economists also differ.

Well, one is theoretical, focussing on economic theory and hypothesis, whereas policymaking involves governments making decisions about fiscal matters, tax and budgeting, spending and allocating public money to different activities, and the monetary policy that it follows about the printing and circulation of the currency. Each of these involves a judgement about aims, about priorities and potential consequences over the short and long term. They also involve regulation. They must be considered against a wider backdrop of the legal and economic arrangements of the country.

Say on revenue, we take the example of revenue. I organised at my institution with a number of economists a discussion called “Which taxes are better for the Economy?” Free market economists suggested taxes on consumption were better than taxes on effort. Other economists will talk about different preferences. But what we do see is that the rise, say, in public spending, on the allocations to social spending since the 1960s. And this may reflect a different trend in economic thinking.

It certainly does in political thinking.

It matters that government sets out clearly defined rules on tax spending, debt, monetary policy, and in terms of the choices made. When they do what they should do, they do it well. When they do other matters, they tend to get distracted.

I think we all agree that there are certain things we expect of government. We want it to keep us safe from foreign invasion and on the streets at home. So we want good policing and good defence forces. We also want to be able to pay our way and earn our living and have opportunities in a stable economic environment, so governments really must ensure that we keep inflation reasonably low so people’s earnings don’t inflate to nothing and they can pay their way in a stable way under clear expectations.

We need the rule of law and we need that executed. So institutions matter, the judiciary, the courts. We also need public transport systems that sort of infrastructure - connectivity today, whether by the Internet or various other systems to connect; transport links, of course.

And so what economists can do is they can propose different ways of paying for these goods and the possible consequences of taking certain decisions.

We should distinguish the difference between the law, the rules made in countries such as the UK under which we are bound by the law and economics.

As to the distribution of wealth and earnings to different ends, economists can offer their theories and governments can propose policies. But governments generally make bad choices ideologically and politically driven. They make worse choices than people themselves might make if left to themselves to decide how their money is spent. So I return to the ideal state in which governments restrict their interventions to organising or providing what they do, according to what they can do and ought to do: security, defence, policing, the operation of the rule of law for a stable society and sound money, plus systems of roads, lighting, sewage, Internet connectivity and so on, and the social goods and opportunities people want. Because it’s in that sort of system that people can focus on the kind of laws they want to make to govern those matters about which you spoke.

And they will be subject to the rule of law. And for now, we need to have proper debates about these choices because they are choices societies must make about how they want to achieve certain ends which have been achieved under the rule of law progressively since the 1960s.

We’ve come to think about capitalism as the opposite to a socialist society.

And I know these are very broad definitions, but capitalism involves private economics, businesses, people themselves, owning things and conducting economic activity. And a socialist economy socializes: it has common ownership under the state, which directs (and commands, very often) at the means of production and the wealth of the country. They are very broad definitions, but that’s what I think people generally would understand as the juxtaposition between both systems.

[AoE]: Do you want to talk a little bit more about capitalism in terms of the relationship between the state and markets, which you’ve mentioned in previous responses?

What do I think about that?

[AoE]: Or do you think there’s an optimal level?

Yes, I certainly do. I certainly do. I mean, it’s many years ago, 20 years ago, two decades ago, and they were then distinguished economists, one of them who has since then quite an elevated position at the OECD, Tanzy and Schuknecht. They did a terrific book for Cambridge University Press called Public Spending in the 20th Century. And they talked of the level of public spending over the 20th century.

And these are really fascinating figures. At the end of the 19th century, we saw sort of rough averages in advanced economies of about 11 percent of GDP, and that would have been the late 19th century by 2017. So 10 years after the great financial crisis, governments on average spend around forty four percent. And during that time and they have taken on a number of roles and grown. The big question of all that Shupe Knecht revisited recently in a 2019 study was.

Well, I think our 2020 study was to citizens get value for money. This was one of the questions he asked and now he looked at different measures for value, for money. And in particular, when we look at charging the public spending ratio for the 20th century, we see that after 1960, when on the whole public spending was still at around 30 percent of GDP after 1960, it rose up to it. Indeed, in some countries, until quite recently, up to 55 or 60, though, there were a big retrenchment in the between the 1980s and 2000s in in some places.

So I find this work very interesting because what Supernet shows and indeed he and Tanzy had already discussed these conclusions. But in looking at other data and measures of satisfaction by citizens, it seems that small governments, about 35, about 30 to 35 percent of GDP spending are give the best satisfaction to people because they concentrate on what you would call the core functions. I’ve spoken about those earlier. There are about having good institutions, the rule of law, the courts and at some money, stable economies and good social good, essential social goods, like ensuring that there is opportunity for good education and good health care.

They would be between four under about 45 percent and those over 50 percent, which are very big. Centralised government take a lot. But why this matters is because if government takes an awful lot of your money and your earnings and taxes, the wealth countries May one, it’s been, in my view, expensive, unwisely, unless it’s focussing on what it can to add to it. It denude the economy. It takes the investment out of the economy and hands it to ill and ill assorted bunch of politicians and officials to spend on their hobbyhorses.

And that has disastrous effects over time for economic growth and for people’s lives and opportunities.

And, you know, we’ve seen what happens to socialised economies, they can’t last. Eventually they collapse. We saw how the Soviet Union collapsed, the complete amount of ownership. The only way you can keep these heavily socialised economies together, which do their citizens and citizens lifestyle is by repressive government and free freedom. And free markets, in my view, go together and have always been extolled because in those ways, people making decisions amongst themselves, subject to good sound law, which is executed and implemented and stands, is the best way to give people an opportunity to do well in life and to have opportunity.

And if government ensures we have decent schools, we can have a debate about how best to provide them, whether we want a continental system, whether we want a US style system or what system. But what if that’s a political debate? But we must ensure that there are opportunities for mobility and social mobility that is extremely important and for good health care so people can have the best health care possible. And how you organise that, just if it is a matter of debate.

The democracies have survived since Classical times and they work today. And democratic systems and capitalist systems go hand in hand. But we have evolved into a market system. For some in the continent, it would be a more social market system. But what really matters is that we have a system that changes, that is open to innovation, that holds governments to account and prevents the concentration of power. That’s true of the democratic systems, but it’s also true of capitalism.

And it’s the best way of ensuring accountability under the rule of law, because the law - certainly in common law countries - the law provides remedies for transgressions. And that’s very important. It’s a balance of power.

Yes, I think it is private ownership competition, market economies governed by good laws which are implemented and executed, make for innovation, they make for efficiency and they make for diversity. And I think this is the way that we can help people to realise their aspirations and have opportunities and societies to provide the goods that people want and need.

Sheila Lawlor is research director of the think tank Politeia. After a career as an academic historian which brought her research fellowships at Sidney Sussex and Churchill Colleges, Cambridge, she joined the Centre for Policy Studies as its Deputy Director. She went on to found Politeia, which is a forum for social and economic thinking drawn from all shades of the political spectrum. She directs the economic programme and writes on education, benefits and healthcare policy. She contributes to the discussion of all areas of policy in radio, television and print media. 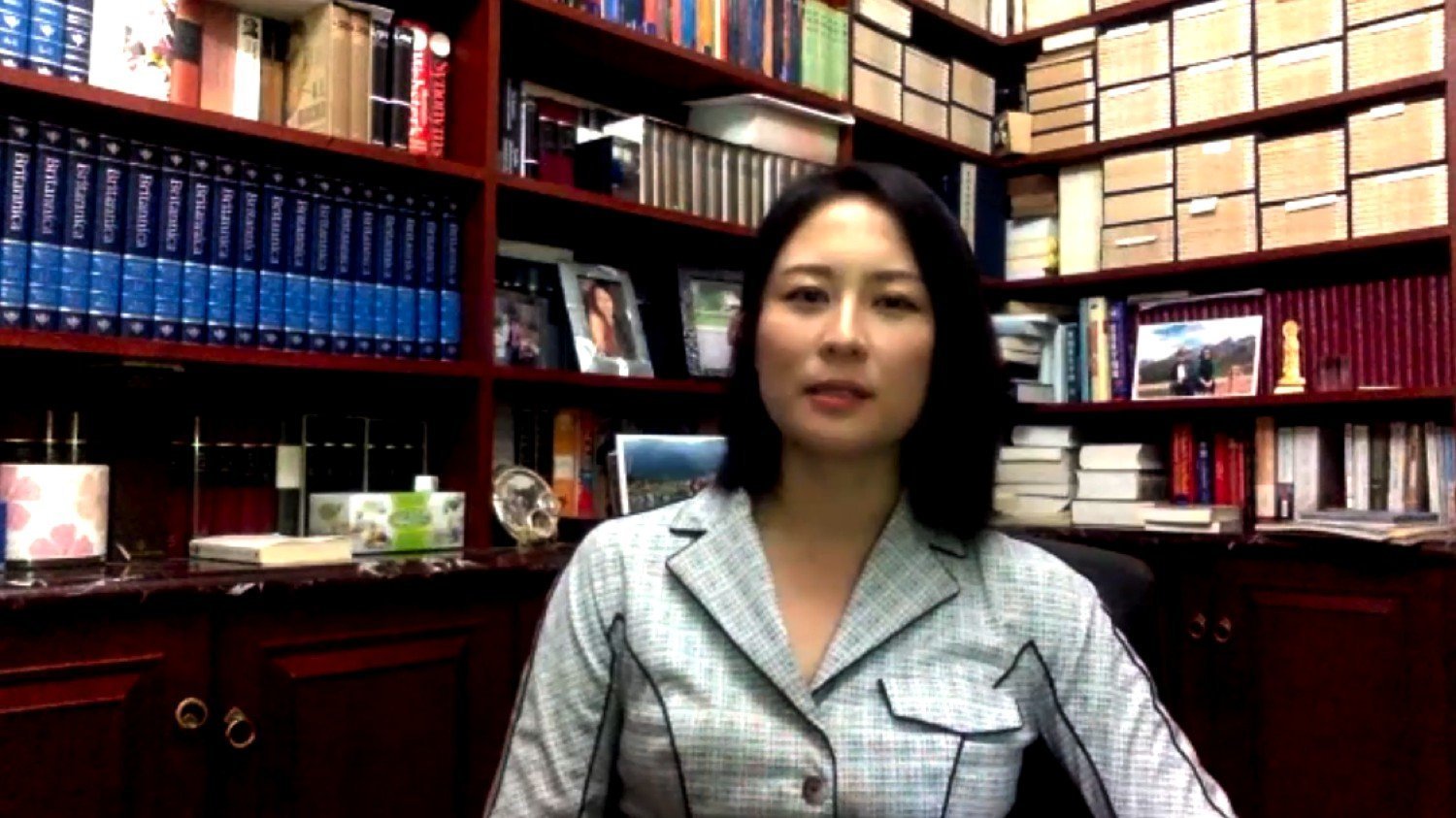 American. George C. Pardee and Helen N. Pardee Professor of Economics and Political Science at the University of California, Berkeley 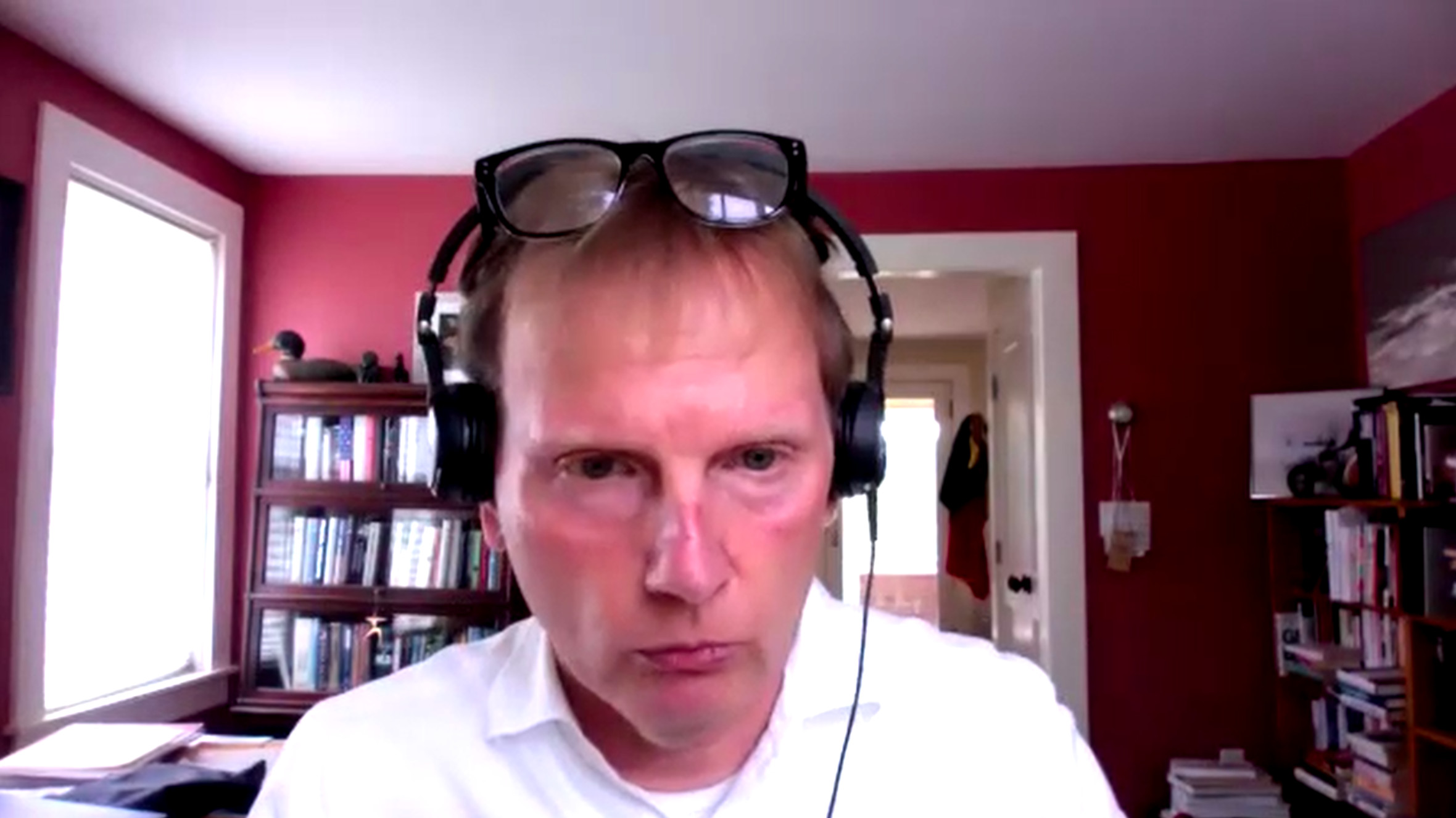 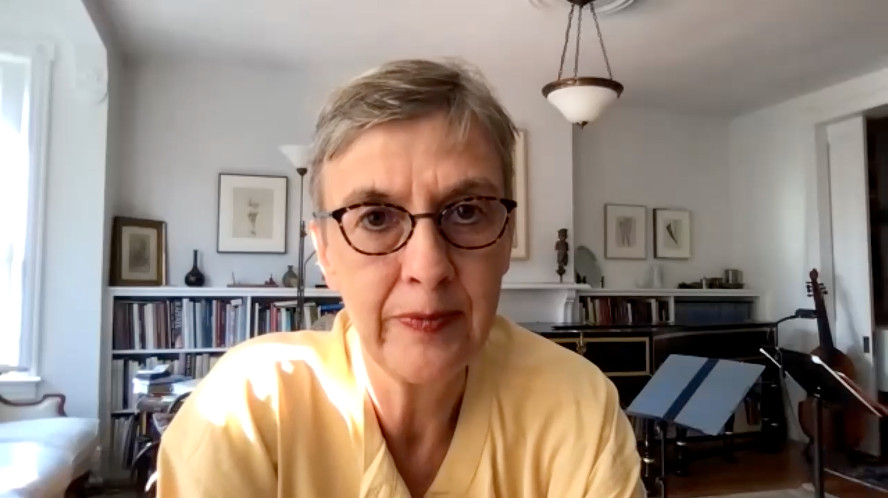 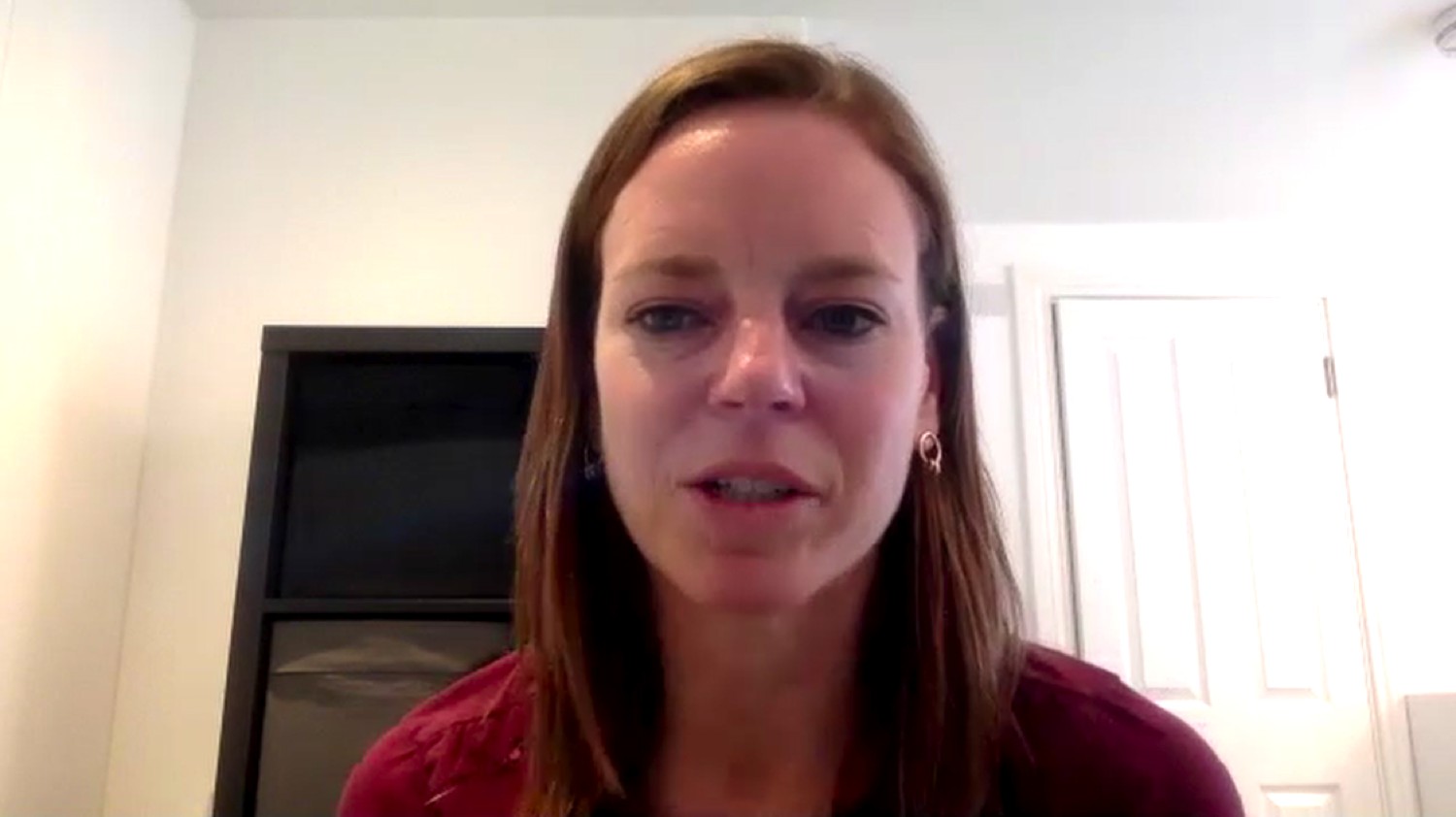