American. George C. Pardee and Helen N. Pardee Professor of Economics and Political Science at the University of California, Berkeley

So maybe I can start with a story about my teaching. I teach the first-year PhD students at Cal Economic History, and I used to always start the semester’s lectures with discussion of why economic history matters – which is a more specialized version of your question. Over time I grew more uncomfortable with that discussion and ended up dropping it. It seemed to me that I didn’t need to justify the study of economic history, and it similarly seems to me I don’t need to justify the study of economics in my course.

Instead, I go immediately to the substance and start talking about important questions in economic history. I think maybe we should do the same thing in thinking about why economics matters or what economics is.

I’m most comfortable with where I started. Maybe there really is no difference between the more abstract work we do in the ivory tower and the applied work that is done in government agencies, NGOs, corporations and so forth, where the people that you refer to as economic engineers ply their trade.

Economics can certainly serve the common good. Whether it always does so is a separate question, and I’m sure different people would give you different judgments on that score. Economics, in my view, is about informing the choices that we make as a society. So if economics informs those choices well, then yes, it serves the common good. I would leave it at that.

Economists are famous for their imperialism, starting with Gary Becker and his analysis of the household as an economic organization. We see economists analyzing a wide variety of social issues that are traditionally the domain of psychologists (behavioral economics), sociologists, and anthropologists. For example, how does the history of plow agriculture affect the gender division of labor in the 21st century? So economics is deeply involved in addressing wider social issues.

But your question was more along the lines of: do we do a good job at addressing those wider issues? I think we economists are at our best when the question involved pertains to efficient markets, when markets are perfectly competitive and they clear and everybody shares the same information, we’re really good at modelling that setting. That, of course, is where we start when we teach economics to our students.

But when we move to wider issues that involve imperfect competition, market power, asymmetric information and poorly defined property rights, our models are less adequate. The economics profession over the course of recent decades has made progress in modelling those more complicated issues. However, as a discipline, as teachers, we have a tendency to teach the efficient markets because that’s easy, and that’s where our models work. That is the necessary starting point. But then we don’t always take that next step onto that more difficult terrain, which you really have to work in order to address the wider issues.

To address those wider issues, we have to do a variety of other things. We have to take a more historical approach. That’s an observation near and dear to my heart. We have to consider the role of and development of institutions. We have to remind ourselves not to focus only on what is currently trendy, to the neglect of other topics and methodologies.

I don’t think this is necessarily a distinctive flaw of economics and economists. This happens in many disciplines with which I’m familiar. For example, I spend a little bit of my time in political science and a little bit of my time in history, and there is similarly a tendency there to focus on what is currently trendy, maybe to the neglect of other equally important or more important, wider issues. Again, I think there is a tendency to focus on issues where our tools work well, where our tools have purchase, and those are not always the most important wider social issues. That’s something important to bear in mind.

Absolutely. We should all be held accountable for what we do. And I think thoughtful individuals hold themselves accountable for their actions and inactions. We all ask ourselves, I hope, whether our lives are worthwhile and what we do as individuals, including what we do for a living, our profession, our work is contributing positively to our societies. Your question seems to be about external accountability, though, not only or not so much about whether we should hold ourselves accountable for our actions. As we tape this in the aftermath of the Jewish High Holidays, one is reminded at Rosh Hashanah to think back on one’s actions in the last year. That’s a form of accountability that comes around annually. But in terms of external accountability, yes, I think we should be held accountable.

And there are many examples out there of economists who make forecasts that turn out to be erroneous and because people don’t remember they aren’t held accountable for that bad advice or those erroneous forecasts. But I do think ultimately economists are held accountable by their peers and by the broader public. I think, for example, about the new classical macroeconomics, where people were building very abstract models of markets that cleared and business cycles that were generated exclusively by technology shocks, models that seemed to be contradicted by the subprime crisis and the global financial crisis, models that did not provide useful advice about what policymakers should do in response to those events, models that turned out to be pretty useless for understanding the world, pretty useless for making public policy, turned out to be a several decade-long diversion from productive macroeconomics.

So, did the practitioners of the new classical economics suffer consequences? Were they held accountable for this “Great Diversion” away from macroeconomics with practical utility? In a way, since macroeconomics has now moved on in more productive directions. On the other hand, no Nobel Prizes were taken away.

It depends on what you mean by current form. Again, the definition of capitalism I’m most comfortable with focuses on the existence of markets, private property and individual choice, the way markets are organized, and the way private property is defined. The scope of individual choice has changed over time and will continue to change over time because technology changes, and technology shapes for what kinds of items, goods and services markets exist and do not exist, and similarly for private property and the kind of things that we can choose as individuals. In addition, social norms affect what kind of markets are permissible. Markets in your genetic information, markets in human body parts that can be transplanted, norms about what is socially acceptable and not socially acceptable are not constant or externally given – these are things we decide on collectively as societies. What constitutes private property versus public property, what we can choose to do as individuals. Can we choose to be unvaccinated or not? I think attitudes toward questions like that will evolve over time, so the nature of capitalism, as I like to define it, will evolve over time. So, in its current form, as it exists in September of 2021, it can’t survive. But something that grows out of our current form of capitalism, I think presumably will.

We can certainly improve on how our markets are organized, on how our private property rights are defined, and on how individuals make choices. We can improve on our current form of capitalism so it better serves the needs of humanity. We can recognize that in a world where there exist externalities and market power, simply using the phrase capitalism and unregulated markets interchangeably is not useful. We can improve on capitalism as we know it today, and doing is probably the best way of serving the needs of humanity. 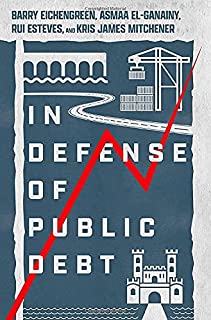 Barry Eichengreen is the George C. Pardee and Helen N. Pardee Professor of Economics and Professor of Political Science at the University of California, Berkeley, where he has taught since 1987. He is a Research Associate of the National Bureau of Economic Research (Cambridge, Massachusetts) and Research Fellow of the Centre for Economic Policy Research (London, England). In 1997-98 he was Senior Policy Advisor at the International Monetary Fund. He is a fellow of the American Academy of Arts and Sciences (class of 1997). Professor Eichengreen has held Guggenhim and Fulbright Fellowships and been a fellow of the Center for Advanced Study in the Behavioral Sciences (Palo Alto) and the Institute for Advanced Study (Berlin). From 2004 to 2020 he served as convener of the Bellagio Group of academics and officials. He is a regular monthly columnist for Project Syndicate. His most recent books are In Defense of Public Debt with Asmaa El-Ganainy, Rui Esteves and Kris Mitchener (Oxford University Press 2021), The Populist Temptation: Economic Grievance and Political Reaction in the Modern Era (Oxford University Press, 2018), How Global Currencies Work: Past, Present, and Future with Livia Chitu and Arnaud Mehl (November 2017), The Korean Economy: From a Miraculous Past to a Sustainable Future with Wonhyuk Lim, Yung Chul Park and Dwight H. Perkins (March 2015), Renminbi Internationalization: Achievements, Prospects, and Challenges, with Masahiro Kawai (February 2015), Hall of Mirrors: The Great Depression, The Great Recession, and the Uses–and Misuses–of History (January 2015), From Miracle to Maturity: The Growth of the Korean Economy with Dwight H. Perkins and Kwanho Shin (2012) and Exorbitant Privilege: The Rise and Fall of the Dollar and the Future of the International Monetary System (2011) (shortlisted for the Financial Times and Goldman Sachs Business Book of the Year Award in 2011). Professor Eichengreen was awarded the Economic History Association’s Jonathan R.T. Hughes Prize for Excellence in Teaching in 2002 and the University of California at Berkeley Social Science Division’s Distinguished Teaching Award in 2004. He is the recipient of a doctor honoris causa from the American University in Paris, and the 2010 recipient of the Schumpeter Prize from the International Schumpeter Society. He was named one of Foreign Policy Magazine ’s 100 Leading Global Thinkers in 2011. He is a past president of the Economic History Association (2010-11 academic year). NEW BOOK: Barry Eichengreen, Asmaa El-Ganainy, Rui Esteves, Kris James Mitchener: In Defense of Public Debt, s. https://www.econ.berkeley.edu/biblio/defense-public-debt 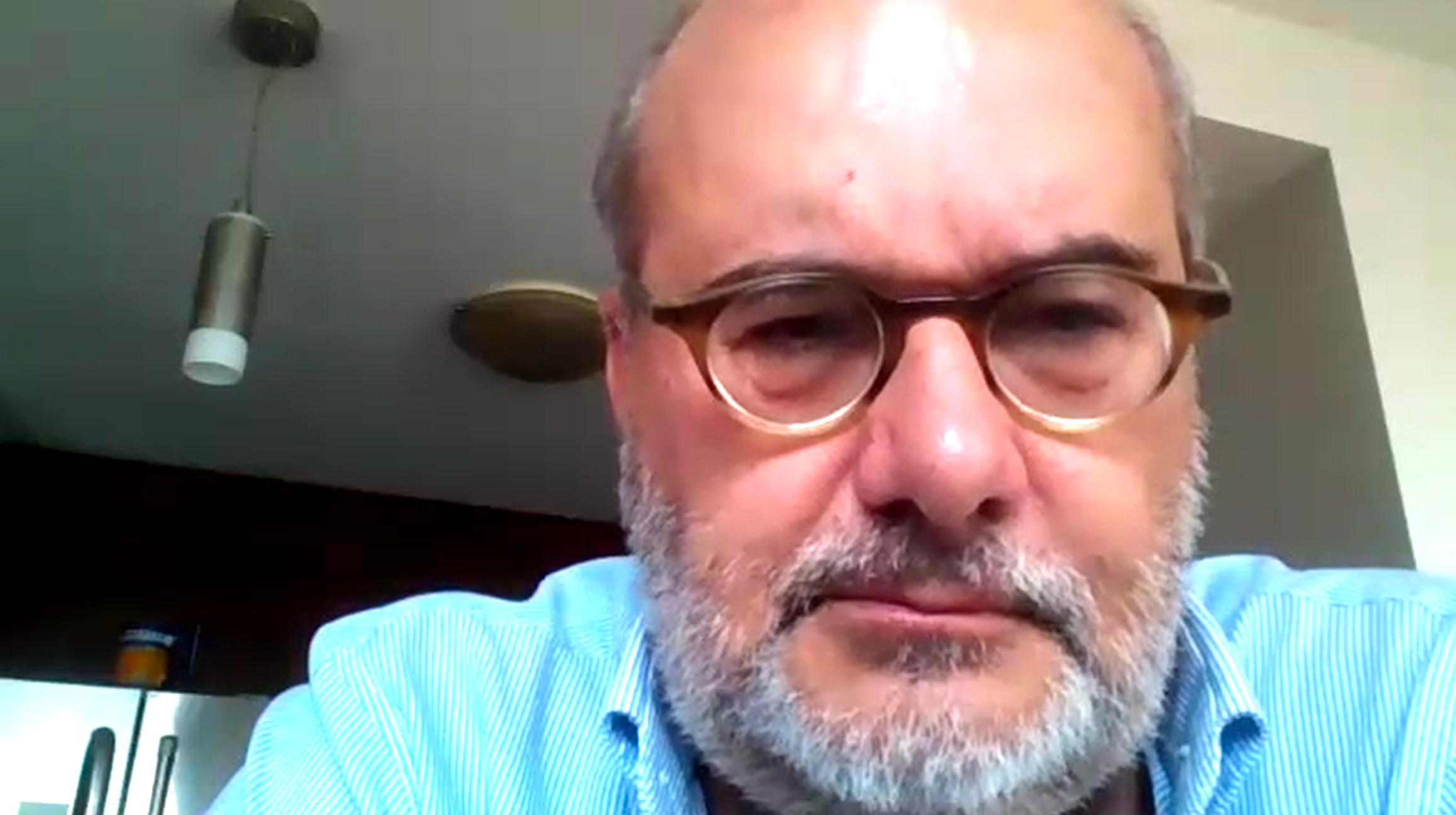 Serbian-American. PhD in economics. Professor of economics at CUNY, LSE and IBEI (Barcelona) 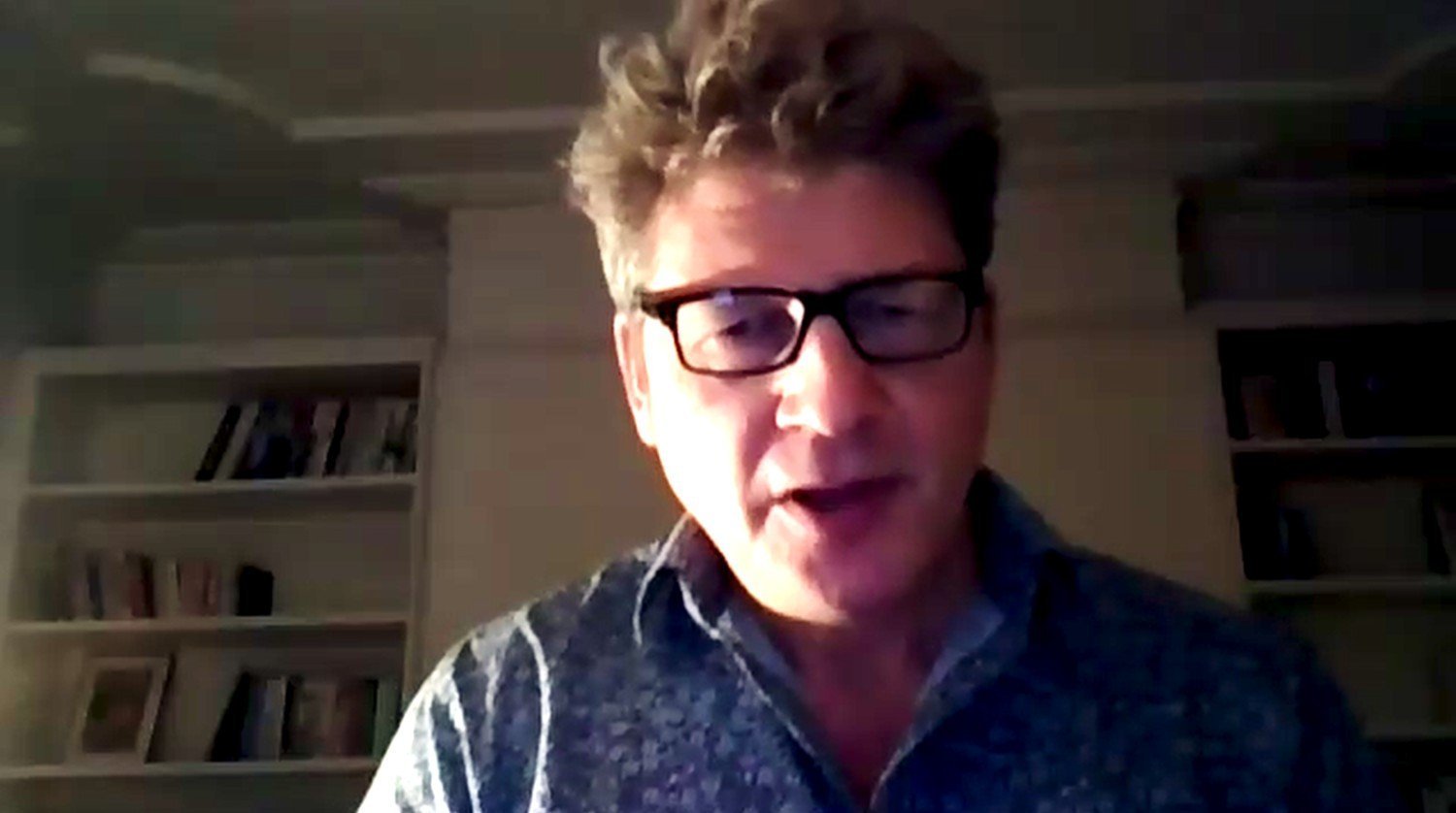 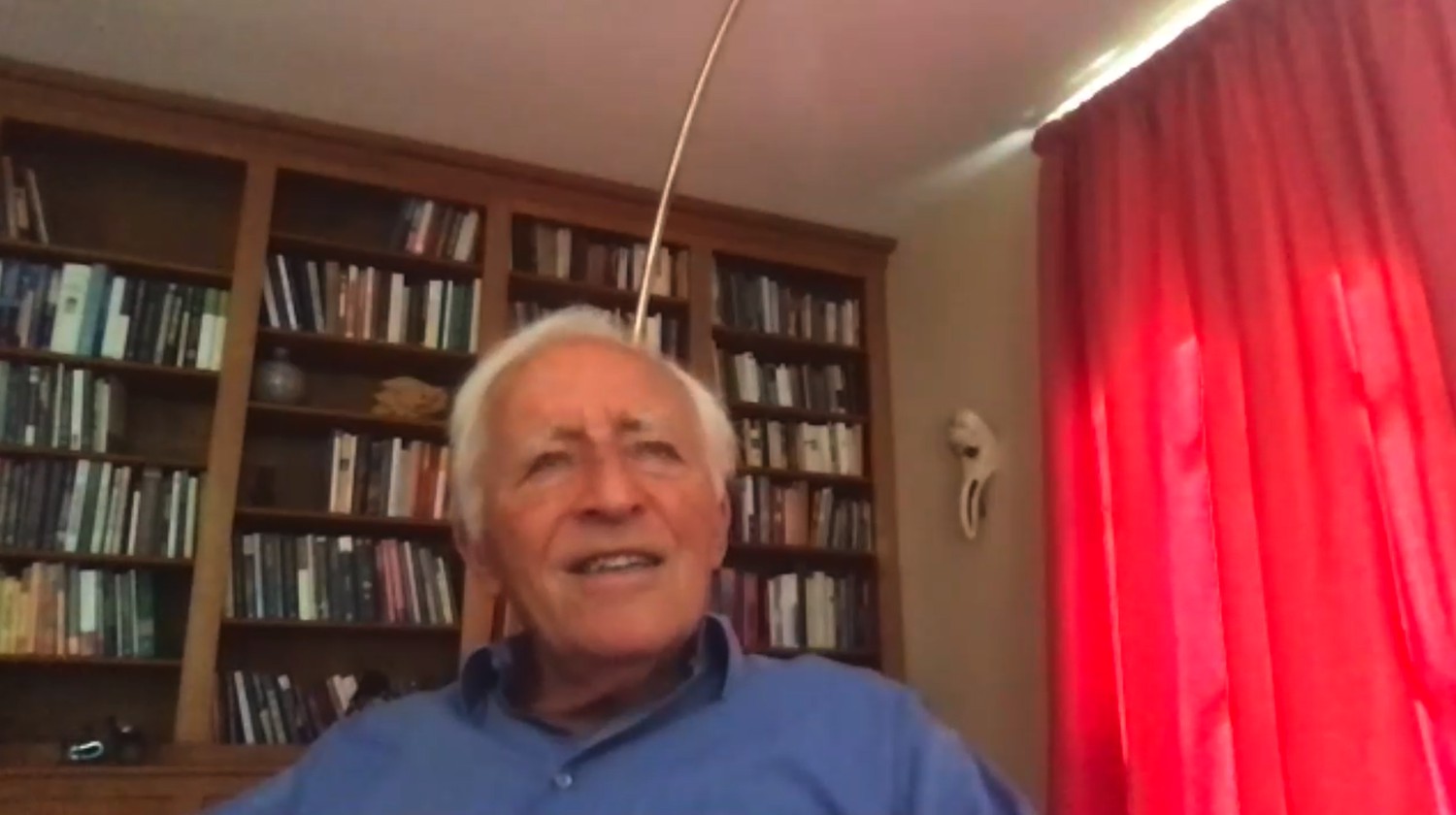 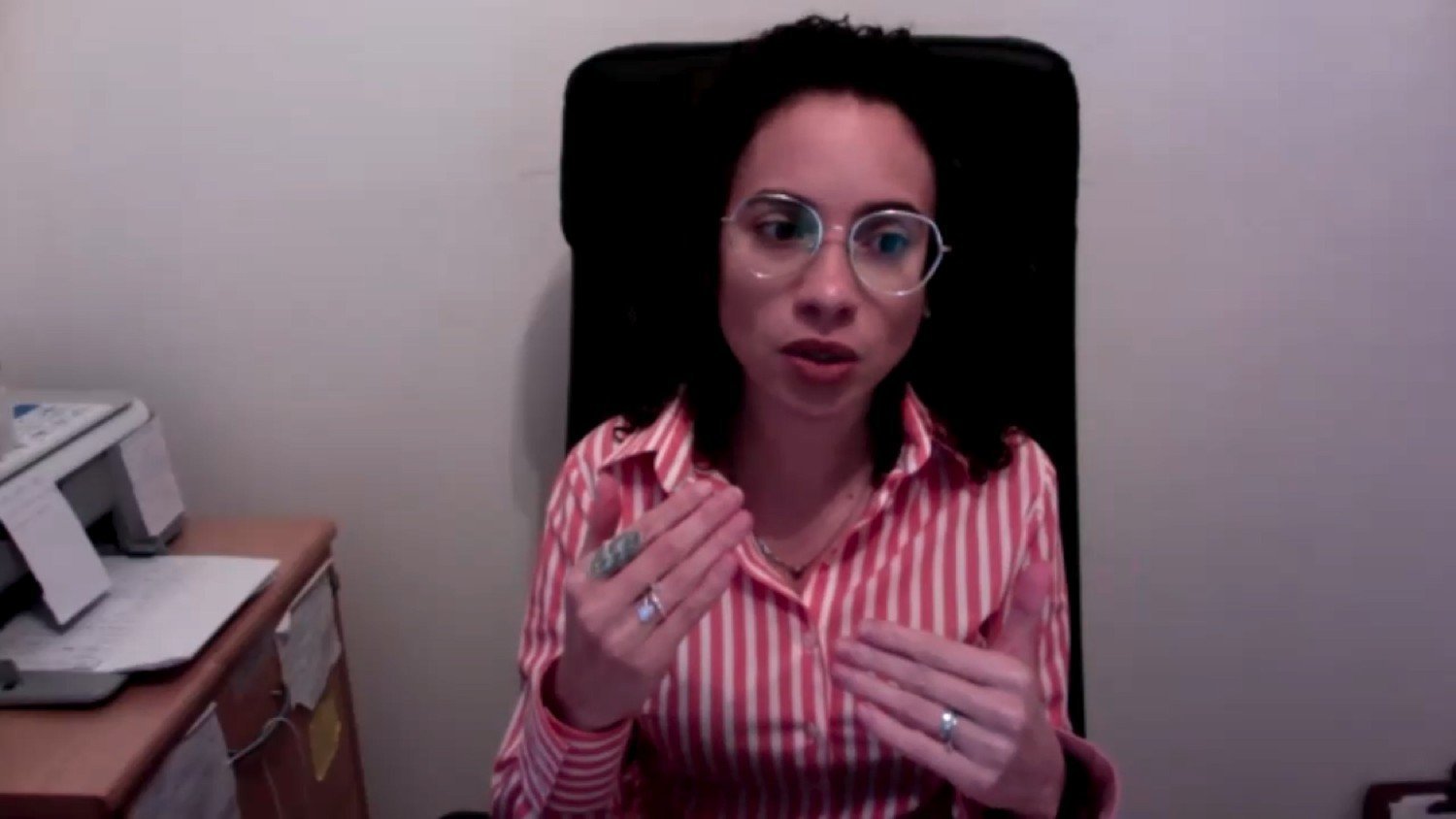 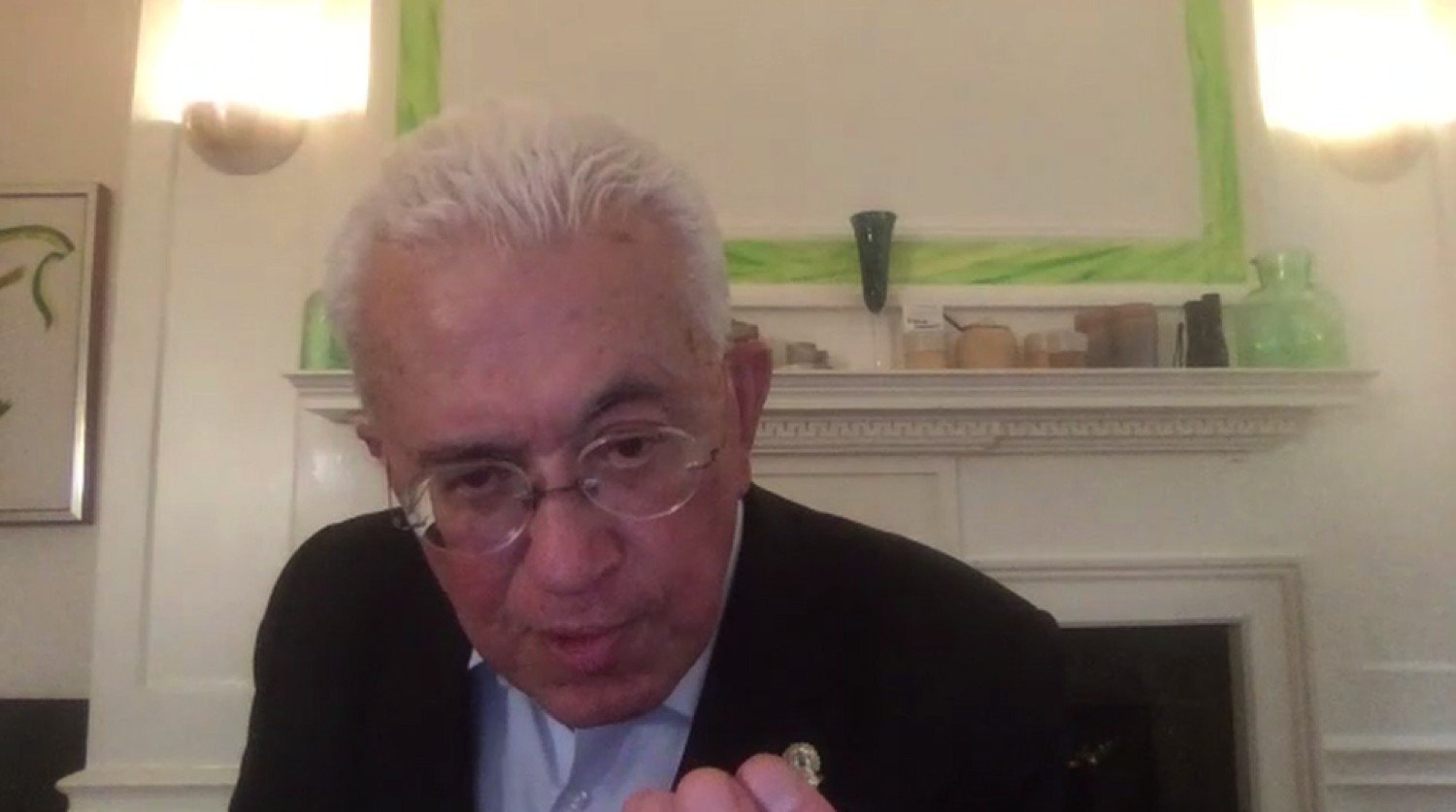 Brazilian. Philosopher, former Cabinet Minister - he was the first Minister for Strategic Affairs in Brazil from 2007–2009 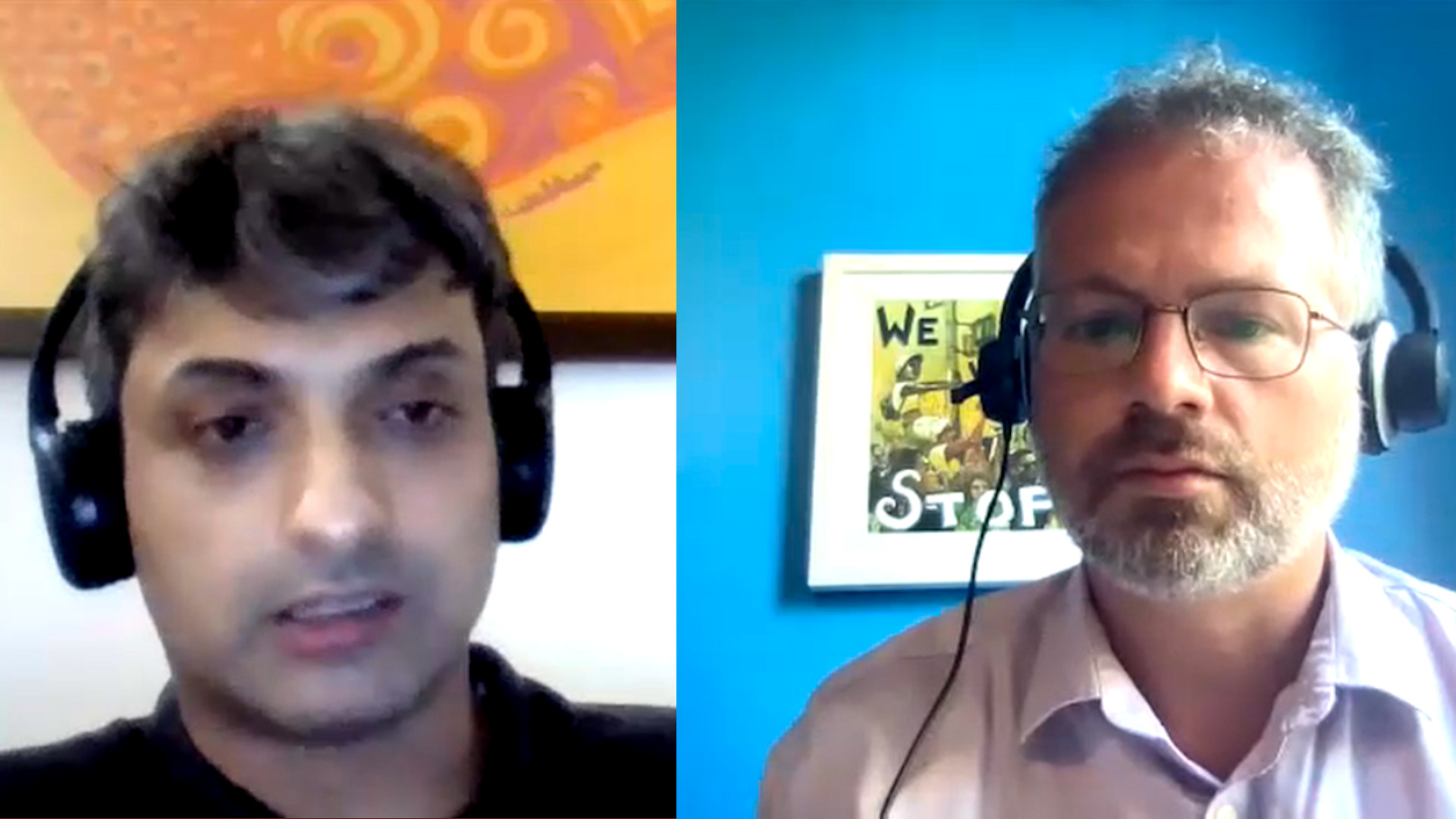